I promised a follow-up article to "The Truth About God" and although I know (pretty much) the ideas I wish to convey, the approach to doing so has been somewhat elusive. With today being officially "Freethought Day," I figured it best to simply begin the task and work my way toward the end. To wit... 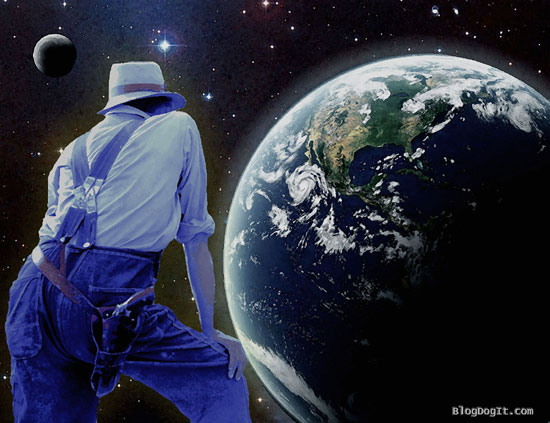 A proposed discussion of God will probably elicit eye-rolls from the vast majority of potential readers while a minority might actually be intrigued. Those with long-held traditional beliefs may have zero desire to explore what others of differing ideals would have to say on the subject of a "Supreme Being."

Religion is big business. There seem to be more religious based institutions and houses-of-worship than coffee shops, which suggests to me that folks must need their God as much as (if not more than) their coffee. Like coffee, God seems to be available in several popular flavors: from the trendy to the traditional, chances are somebody, somewhere has a God for you. 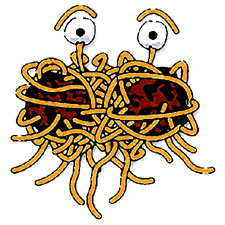 It is this apparent discrepancy in God's identity that no doubt, turns many people away from a quest for the truth about God. With so many options on what to believe, many have determined the "safe bet" is to disregard the whole debate and live their lives like none of this matters. Others of course, will cling to their beliefs like nothing else matters. The fact of the matter is that God is Real whether we believe in Him or not .

Him. So many talk about God in the third person; like "He" is somehow apart from mankind. Big Bossman God, watching over his creation just waiting for someone to screw-up his hard work. "He sees you when you're sleeping, he knows when you're awake, he knows if you've been bad or good, so be good for goodness sake." Oh wait, that's Santa Clause... "meh, same difference," some would say. Me? I really don't think God is that cute or concise.

I say God is REAL. More properly God is Reality; God is the reason for Reality. So many believers speak of God as existing somewhere "out there" - separate from "His Creation" - This cannot be. For God to be the Supreme, "He" must encompass the outermost. (Now stick with me here...) If it were possible for God to create a dwelling place that existed apart from his own essence then the space which contains that place would be greater than He. Therefor, "Everything that exists does so within this Supreme Being." Any quest for truth must begin with this undeniable fact.

Another essential fact - often overlooked, surprisingly - is that our existence is a series of consecutive "NOW" moments in time. Nothing can ever be any different than it is in each moment. A recognition of expectation that the next moment "will be" is perhaps the quintessential, defining characteristic of humanity.

Science has made tremendous strides in defining the boundaries of our universal existence to the extent of our ability to perceive. Religious beliefs are a testament to many aspects of our reality which are beyond our ability to readily perceive. A recognition that we all exist within the Reality that is God will go a long way toward understanding the truth of human equality and should bolster the cause of "COEXIST" - as if it were even a choice.