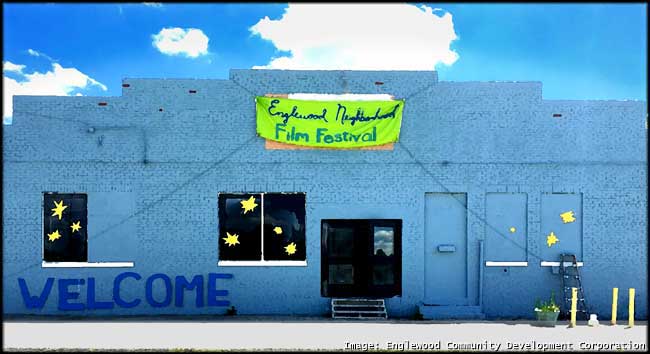 Looking back on my junior high school days, the creative efforts I recall include a table lamp made from a coffee can (in electric shop) and a little round wooden step-stool (a product of wood shop.) I can even trace my "A/V Geek"ness to my running of the tape recorder for the Harshman (IPS 101) Home Room #206 production of the radio play "Inside a Kids Head."  Of course that was back in the olden days; in a world before "The Simpsons." 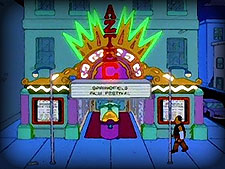 In a more recent past, another  junior high school student, by the name of Jennifer Delgadillo, viewed The Simpsons (S06E18) "A Star Is Burns" and was inspired to dream of one day bringing an honest-to-goodness film festival into this world. Finally (after 21 more seasons of The Simpsons) her youthful aspirations came to fruition on July 16, 2016, under the banner of Englewood Neighborhood Film Festival (a banner that Tylor Higgs hand painted for the event.) 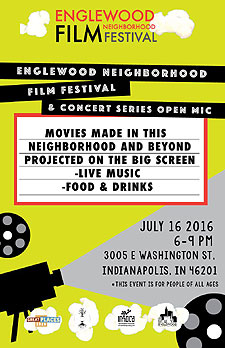 The Indianapolis Museum of Contemporary Art (iMOCA) and Englewood Community Development Corporation (ECDC), and Local Initiatives Support Corporation (LISC) are partnering to bring the inaugural Englewood Neighborhood Film Festival, one in a series of creative placemaking projects within the Near Eastside Great Places 2020. The festival is part of an initiative to turn strategic Indianapolis spaces into town centers of culture, commerce and community.

The festival is an invitation to celebrate movie making and storytelling in the Near Eastside, while transforming the ¼ mile radius around East Washington Street and North Oxford Street into a welcoming space for neighbors and visitors alike.

Even though my youth was spent in a largely pre-digital world, my High School days saw me in possession of a rather modest Super-8 movie film camera and a seemingly natural desire to create movies. Some of my greatest friendships in those days were forged in pursuit of that diversion. The projecting of my 7 minute cinematic creation ("The Computer") on the big screen, before a large audience, as part of the "Scholastic Arts Film Festival" in the late 1970's is a memory that I cherish to this day and I trust participants of the Englewood event will continue to benefit from their involvement far into the future as well. It is with this background that those words of Tylor Higgs truly do ring clear; "everyone can (and should) make a movie..." 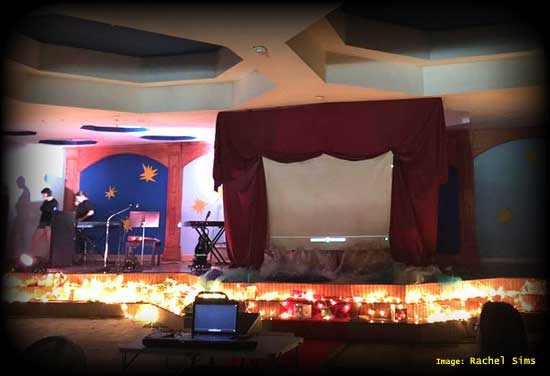 The Stage and Screen

The combining of The Englewood Neighborhood Film Festival with the Englewood Summer Concert Series Open Mic served to pack a lot of entertainment into the gathering. All performances, both live and on-screen, were met with a high degree of enthusiasm from the attendees which - by my estimate - must have numbered nearly one-hundred (if not more.) The facility was well suited to the event; offering ample room and plenty of padded folding chair seating (although the request for "scootching-in" was given early on so as to take advantage of every available seat.) While it is true that the hall might have benefited from improved airflow (or certainly air conditioning,) these diehard fans of independent cinema were not deterred in the least. Organizers should be well pleased with the inaugural event and find ample encouragement to continue building upon their success. 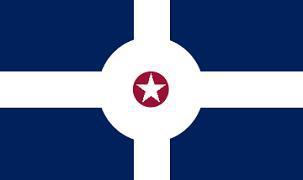 This event demonstrated the best sort of community spirit. We all know that people consistently come together during times of adversity; how refreshing to see a neighborhood join together - in all their diversity - to publicly support local artist with this forum for creative expression both on screen and on stage. By all indications The Englewood Neighborhood Film Festival is slated to return again in 2017 with a promise to be even bigger and better.

It was thanks to those mystical Facebook algorithms that I was made aware of this event in the form of a post in my news feed one day. Since I pretty much grew up on the Near East Side of Indianapolis, this film festival hit home with me on so many different levels. I immediately clicked "Interested" on the event's page and set about determining how to order my life in such a way that I could attend. The fates allowed that I should be there and my inner A/V-geek prompted me to take along my rinky-dink digital camcorder (which fortunately  featured audio-only recording.)

Early on I got the idea that by using audio recorded from my position in the front row (again thanking lucky stars for that open seat) and with the likelihood of finding these films "in the wild" on the internet, it should be entirely possible to recreate this event as a virtual film festival in the form of a blog post. Thanks in large measure to the efforts of Derrick Combs, Rachel 'Sun Rai' Sims, Jennifer Delgadillo and Tylor Higgs (with many other names to follow) I am extremely happy to have the privilege and honor to...

Welcome, One and All to the 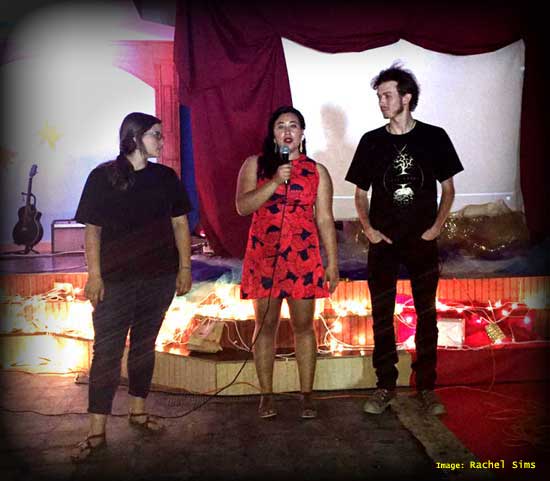 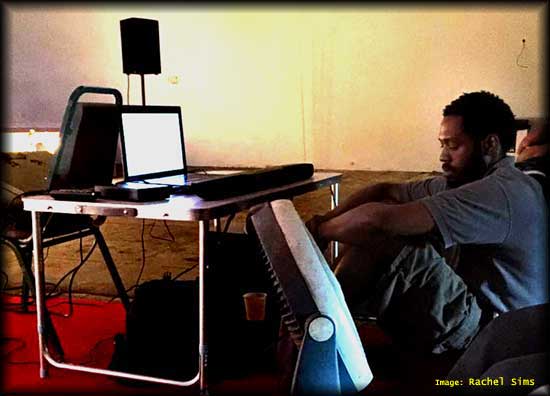 Film: "Everything is Funny" - Jennifer Delgadillo

On Stage:  Sophia Bowling Sings "Count On Me" by Bruno Mars

On Stage:  "Put on Your Red Suit Baby"
Steven and Harriett Gaither

On Stage:  "Your Almanac..."
Mary Bowling 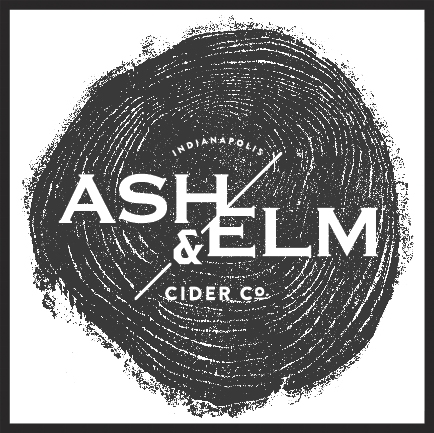 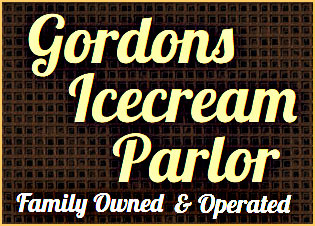 BlogDogIt Note: An enterprising young entrepreneur could likely have made a minuscule fortune at this event selling a tongue depressor stapled to the edge of a paper plate; billing their product as the "Official Film Festival Fan." [smiley:;)] 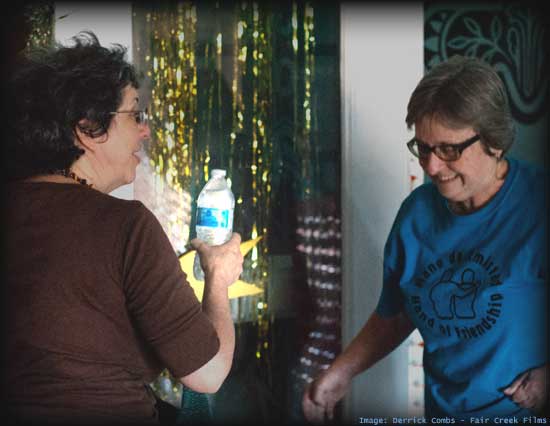 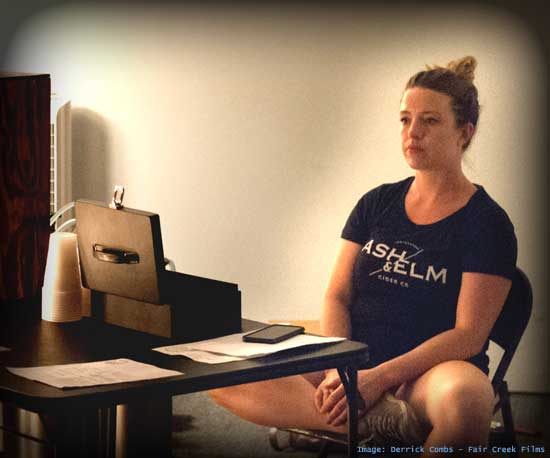 The Video: Spitball by Matt C Williams on Vimeo. 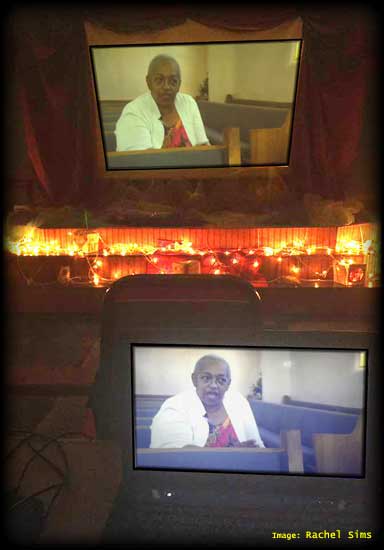 The Beach
Written and performed by Derrick Combs

The City
Written and performed by Joe Brewer

On Stage: The Final Act sings "Where Is My Mind" by PIXIES 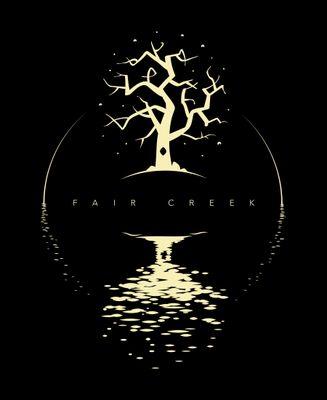 A Very Special Thank You To
Fair Creek Films!

BlogDogit.com (aka Michael 'masodo' DeBurger) has no affiliation with any individuals or organizations mentioned in this article. All media and images have been used with permission. If you notice any inaccuracies in this presentation please submit suggested corrections to webmaster@BlogDogIt.com.