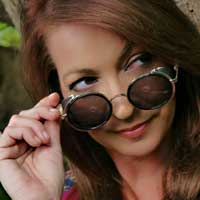 The more time spent surfing the internet the more difficult it becomes to actually follow anyone at all. Sometimes it's like trying to spot a familiar face in a crowded train station or catch a glimpse of a shooting star. With all the various social media outlets available to meet and ostensibly "follow" the activities of folks it is so easy to miss an important event. The inevitable outcome of this is those who you were really interested in at a certain point in time will find themselves cast aside in favor of newer (perhaps more interesting) discoveries. But as that song taught to so many Girl Scouts goes: "Make new friends but keep the old, one is silver and the other gold."

Today while "making the rounds" I spied a nugget worthy of sharing...

It was 8 months ago when I was afforded a special screening of Cindy Maples' Directorial Debut Film titled "Random" and posted a review here on BlogDogIt. [see: Director: Cindy Maples  ] Today I discovered that this film has been released via Cindy's YouTube channel for all to see. I invite you to put yourself in "film festival" mode and thoroughly immerse yourself in approximately seven minutes of raw creativity. 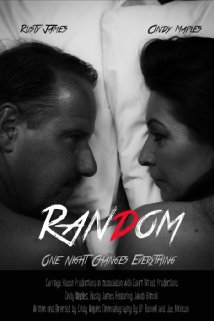