You know me... always on the lookout for good stuff on the internet. The good kind of stuff that - in all likelihood - you would never discover without the dedication of yours, truly searching and exploring areas of the World Wide Web that otherwise elude the masses.

Once again I was called back to continue the work I had begun in sifting through all those many links at "The Dig"  As you may (or may not) be aware, "The Dig" is an alphabetical listing of user websites from the Belgian ISP "telenet." Working my way through this seemingly endless list I found myself in the "H" section. It was through a link on /hellzapoppin/ that I discovered the amazing work of John Erbuer in the form of three film clips that - when viewed consecutively - offered a 20 minute excerpt from his 52 minute "musicomentary" titled "THE SOUND OF THE MARACATU - The making of Chuva em pô" 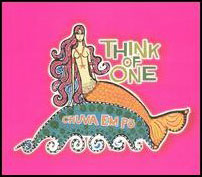 In this video we accompany John as he joins the Belgain world music group Think Of One in Recife, Brazil  as they immerse themselves in the North-East Brazilian culture and Maracutu -, Frevo -, Ciranda and Coco music. This excursion ultimately lead to the creation of their seventh album Chuva Em Pô  (which has been described as a "World Record.")

"'Think of One' ... would like you to think of one world with all its musical threads coming together in a multicultural celebration of rhythm and song. Formed by Flemish guitarist/vocalist David Bovée, Think of One pose the question "Why can't we all just get along?" in musical terms, and they are willing to travel the globe to prove that, in fact, we can." Dave Lynch, Rovi - for MTV_Artists_BETA 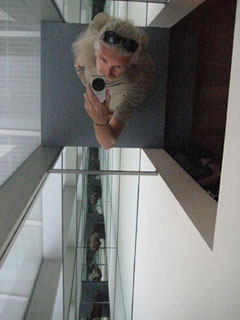