In all my years of blogging I have never had anyone flat-out ask me to share their work with the readers BlogDogIt.com until I came across Barry Wax and his blog called "Short Stories by Barry Wax." Barry Wax is a colorful figure of a man whose work with words runs the gamut from humor and poetry to politics and free-association thinking out-loud prose. A labor of love to be sure!

I do enjoy sharing interesting discoveries - that much is a fact known by all who frequent this place - so I told Barry I would poke around his prolific pile of posting and pick something particularly pleasing. I found the following poem to be a prime example of Mr. Wax's way with words and hope that you enjoy...

The Dawning of Manhood - by Barry Wax 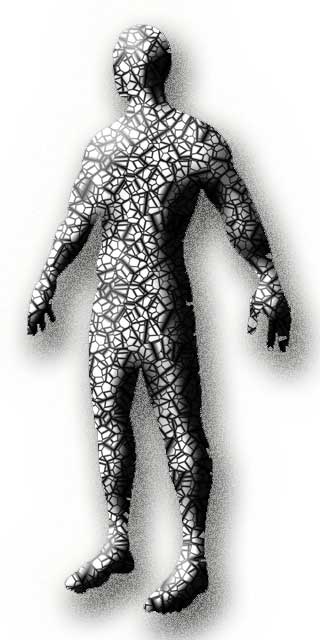 It hides in the lair asleep for many years,
Undisturbed and waiting heightened by the fears.

Timid at first and now reigning with desire,
A growing ember of light and fire.

The emotions driven by hormones mixed to extreme,
That and feeling of rejections and things done that were mean.

Boiling in a pot and stewing with time,
It was the perfect scenario of things to come, the sign.

And then the crisis and the mixture of dread,
All senses at high alert and a tortured human now fed.

He took a stand and blurted out the words he would soon regret,
Words with emotion and boiling over, the words he wanted to forget.

And once said he felt the weight taken off his back,
He stood straight and tall and that sir is the fact.

A man you say, a man ready for the road ahead,
A man who now was prepared although there was some dread,

You cannot go back as it is now written on the wall,
Come to grips with the responsibility of your standing,
stand tall.