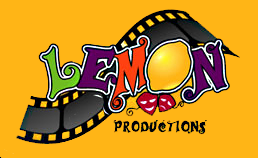 Toronto may not seem a likely spot for top-quality lemon production but when the Lemon is Nicholas and the production is a Lemon Productions creation, I don't think "top-quality" is too strong a term.

I happened upon Nicholas quite on purpose during some friendly investigating of my Twitter followers. It will come as no surprise to the regular follower of BlogDogIt that I like to see who my followers are following because if they have the good taste to follow these humble efforts then the chances are good that others they follow may be worth checking out (maybe even following.)

The universe has been directing me toward the high art of puppetry of late so when I came upon Lemon Productions I was compelled to have a closer look. What I found was a very dedicated and talented Nicholas Lemon offering his services via social media in an understated manner that suggested he was an established craftsman and genuinely interested is sharing his passions. No doubt about it (as it turns out...)

Here is an excerpt from the "About" page of his official website [LemonProductionsInc.com]: 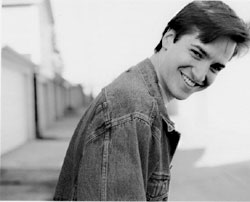 In 1994 at the age of 14, Nicholas Lemon co-founded Lemon Productions, a live touring company. For more than ten years, this company toured Ontario providing countless live puppet performances. Using a camera linked to monitors, to enable the puppeteers to see what the audience was seeing, along with full sound equipment, lights and special effects, it was possible to not only entertain small intimate groups but, also to stage productions for audiences of 700 or more. Having a concern for the wellbeing of young people and wanting to be a positive role model, plus the fact that the scripts were written by the company, allowed them to fit the specific needs of schools, corporations, community groups, special events, etc.
--- More ---

Story behind the film:


I've always been fascinated with old school comedy and the pure silliness that it holds. It's a perfect jumping-off point for a character to show their personality.


Kevin and Herkimer are two vaudeville comics (and brothers) spending the rest of their lives in Purgatory because they "borrowed" the lookout's binoculars on the Titanic and forgot to put them back. Not to mention that they worked that material into their act upon arrival in New York).


So, they have been charged with entertaining Seven Circles of Hell...albeit with the same level of comedy skills they had when they were alive.

UPDATE: Unfortunately The Featured Video is no longer available. In its place is this Keven and Herkimer act - while not as good as the one originally featured, it should give you the idea...

UPDATE: Another Keven and Herkimer act has been made available - still not the originally featured bit but getting there :/...