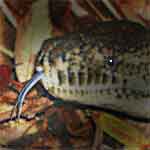 The phrase "speak with a forked tongue" means to deliberately say one thing and mean another. To "speak like a politician" is a much higher form of deception. It is the difference between being "lied to" and being "misled."

Our good mate Creaky over on Codgertation presents an article  that he calls "Nothing is as it seems." In that post he shares the following tale. Please take the time to read this little story and see if you can wrap your head around what I am calling "politicians logic." The next time a politician opens his/her mouth - even if you do not see the obvious forked tounge - beware: words mean things.

Nothing is as it seems.

Three lovely old ladies, good friends thrown together by circumstance and now sharing a house, decided they liked a vase they’d seen in a second hand shop window. It would brighten up their dining room. It was just £30 but their pensions weren’t huge. However, they decided they’d each chip-in with £10, so they saved up over a few weeks and eventually had enough in the kitty.

Money in their purses, off they set one Saturday morning and to their relief the vase was still there. Without any further ado, they paid the nice lad in the shop and set off home with it.

Just seconds after they’d left the shop manager came out from the office where he’d been doing a rough-and-ready stock check and said to the lad, “let’s mark that vase down to £25, it’s been hanging around for ages and it’s never going to sell.” The lad said he’d just that minute sold it to three old ladies. The manager, without a moment’s hesitation, told him to run after them and give them five pounds back – “it’s only fair”, he said.

So the lad grabbed five pounds out of the till and ran after the ladies. But while he was nice enough, he was also a crafty one, and when he caught up with them he gave them back just one pound each and kept two pounds for himself. “Well,” he reasoned, “they’re still going to be happy.”

So that meant the three old ladies paid £9 each. Three multiplied by nine is twenty-seven. The lad kept two pounds for himself. Twenty-seven plus two is twenty-nine. Where did the other pound go?

Nothing is as it seems.