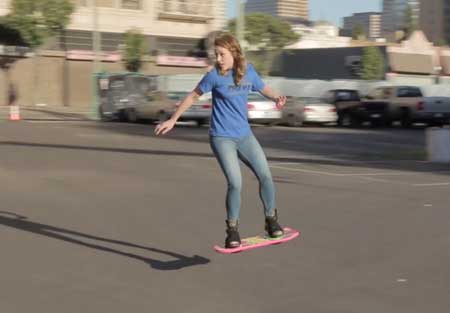 Moby, Tony Hawk, and other celebrities rocket around on the HUVr Board—a flying board billed as a real world version of the hoverboard from the Back to the Future film franchise—in this slickly produced promo video featuring Christopher Lloyd who played Emmett “Doc” Brown in the BTTF film trilogy. 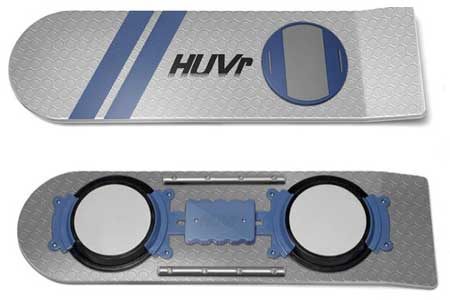 According to HUVr, the board is crafted from “paramagnetic titanium” and is expected to ship in December 2014.

Funny or Die is behind HUVr, the mysterious tech company claiming to have invented the first hoverboard. The truth behind this massive viral campaign came out after a costume designer who worked on the shoot posted the experience on her online resume, which has now been removed.