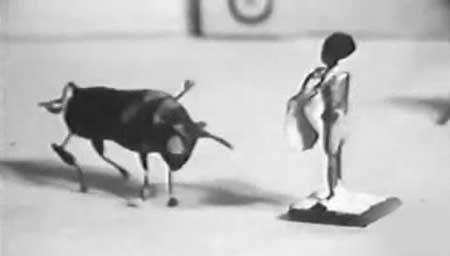 From the early 1980's to the late 1990's I spent a good deal of time in the dark. That was par for the course as a photographer in the good ol' Tri-X, Plus-X, D-76 days. Of course I am referring to the work I did as a Black & White Custom Photo-lab Wizard.

It was 1966 when Ray Bright and Ben Lawrence teamed up to start B&L Photographers, Inc. in Indianapolis, Indiana. Both gentlemen where sort of "left hanging" when their employer - The Indianapolis Times Newspaper - closed their doors in 1965 (much to the chagrin of their employees.) By the time I came on board in the 80's they where a rock-solid pillar-of-the-community outfit and landing a full-time gig with these guys was itself a brush with greatness - if it ended there. But the story continues...

There were so many assignments and circumstances - as I recall, from my B&L Photo years - that put me in proximity to greatness that to go down that road would be a bit more involved than I intend for this reflection. Besides, it is not all that unusual for a Professional Photographer to to be called upon to photograph events attended by important/famous people. So too, the portrait studio portion of the business certainly saw it's share of celebrity types, but a conscious disregard for the social status of the client while concentrating on the craft was always the order of the day.

For me the true brushes with greatness were to occur in the lab. You see, one of our bigger clients - and certainly one of my favorites - was Curtis Licensing - later known as Curtis Management Group - currently known as CMG Worldwide. Curtis Licensing oversaw the licensing of the images and likenesses of many deceased celebrities for the estates of these individuals. I had the distinction (and high honor) of running the darkroom that was tasked with reproducing the photographs of many really big name celebrities such as Babe Ruth, Bettie Page, Humphrey Bogart, Marilyn Monroe, Amelia Earhart, Frank Lloyd Wright, Hedy Lamarr, Jim Thorpe, Joe Louis, Mark Twain, Malcom X, James Dean and many other great American icons.

Without a doubt, the most incredible artifact to come into my possession for purposes of reproduction was a tiny reel of 16mm double-perf black and white movie film. The film had been flagged (small tape tabs attached, marking particular frames of the film) and it was requested that I contact print the sequence of frames specified by the markers. (Simply: Contact printing is a darkroom technique whereby the film is brought into direct contact with photographic paper underneath a sheet of glass. By shining the right amount of light through the film, its' image is transferred to the paper.) Upon examination of the film, in preparation for the procedure, I discovered that this was a stop-motion animation project featuring a bullfight in miniature. This was an original creation by James Dean himself. 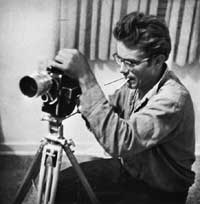 A James Dean Production of a Bullfight
in Stop Motion Animation

I was awestruck. It is very likely that this film was in Jimmy's hands. This very film-stock was mere inches from his cheek as he peered through the viewfinder of his Bolex camera and judiciously framed the shot. Each individual frame exposed - frame by carefully crafted frame by the legend himself. Oh... So... Very... Cool... In my mind it was very nearly a talisman. We have all heard of movie magic? This was the embodiment of that characterization.

As I thought about it, I was taken with the notion that this was a creative, solo effort by James Dean. From the building of the models and lighting the set; painstakingly calculating the actors movements; deciding when to trip the trigger to capture the frame and moving thoughtfully onward to repeat the process literally several hundred times. This WAS James Dean - start to finish. This was certainly - for me - a brush with greatness.

It took many years (and the advent of the internet) before I would actually get to  view this bit of film as it was intended. Thanks to the generosity of WHATANTICS  we can all view the Home Movies shot by James Dean on YouTube. (embeded below)

I was dissapointed (and I am sure James Dean would agree) that the animation was obviously replayed at too fast of a frame rate. This was silent film with an intended playback rate of 18 frames per second but the presentation in James Dean: Born Cool appears to be using the standard playback speed for sound motion pictures of 24 frames per second. Regardless of the cause, the animation happens too fast to really be appreciated. I have edited and converted the sequence into animated gif format that renders the piece at a more natural pace. While still a bit on the fast side I am sure you will agree this is far more watchable (the fact that it runs in a loop is convenient for complete analysis of the motion as well.) This is available in three resolutions: