One of my latest projects has been to peruse the Technorati blog listings in a quest to find quality content creators to feature "In The Spotlight." There are surprisingly few blogs that catch my attention and those that do must strike me as truly unique and exceptional to make it into the spotlight. 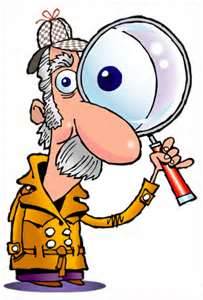 Perhaps someday I will attempt to quantify those characteristics that are required to spotlight a website but for now, suffice it to say, it is simply a case of "I know it when I see it."

Oftentimes in my searching I come across sites that seem interesting. While opting not to spotlight them I will instead to add them to our "Links" section. Thanks to these links I am reminded to revisit them in the future and possibly bring them some deserved attention (without having to resort to constructing a Spotlight post proper.) One such site is Homepage - Koos van den Hout.

You can learn more about Koos by visiting his website and to get a feel for why I was attracted to his site you should check out his "World wide web links" page. The Koos van den Hout - Links Page is a spectacular collection of internet suggestions that brings to mind the Yanoff list of yore. 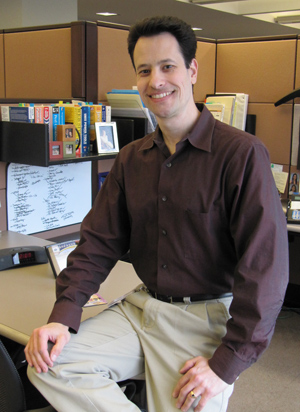 Many of today's World Wide Web users probably have no concept of life before Google. Oh sure, there were Yahoo, Lycos and AltaVista but in the early and mid-1990s, before the use of search engines, the Yanoff List became an essential tool for Internet users. The list consisted of Internet sites listed alphabetically and grouped by subject acting as a type of Internet Yellow Pages containing hundreds of FTP, gopher, and Web locations relevant to each subject. Users of the Internet in the early 1990s would eagerly await the latest version of this list.[source: wikipedia]

Scott Yanoff (pictured right) is an IT manager and web developer who was a key person in the early days of the internet, most notably for creating and maintaining the Yanoff List, an alphabetical list of internet sites.

If you happen to be one of those who have never started your web surf session with a copy of Yanoff's List of Internet Services you have missed an interesting bit internet history. I have linked to several editions of Yanoff's List below. Check them out - who knows? - some of those listed services may actually still be functioning (but I wouldn't count on it.)

Enjoy these "blasts from the past."

Do you have any other issues of Yanoff lists? Won't you please add them to this collection?
Post in comments or email webmaster@BlogDogIt.com. Thanks!

[ Continue Reading for Comments from Scott Yanoff (himself) ]

While searching the interwebs for the existence of various editions of Yanoff's List I came across the following comment from Scott Yanoff regarding his list: (Thanks to Isabel Danforth!)

Does anyone remember Yanoff's list? Back in those days of text only
Internet, Scott Yanoff put out a list of all sorts of Internet
resources. The Web4Lib maillist had a discussion about that list a few
weeks ago, and Scott Yanoff himself res[ponded to that discussion. Below
is his response. I just thought those of us who were around during those
ancient Internet times would appreciate it.

>Someone tipped me off to this list's existence and that there was a
>discussion going on regarding the old Internet Services List (aka
>"Yanoff's List"). It's flattering that there are still a handful of
>people who remember that list
>
>
>
>I too, am baffled by the searches for "Yanoff" and how Spectracom always
>comes up. I left there in 1996 but I did happen to sell my list/soul to
>them around 1995, for around $1,000 or $2,000, if you can believe that.
>I think I started the list around 1991. (See
>http://www.wired.com/wired/archive/1.05/net_surf.html. Anyway, by 1995
>Yahoo was becoming a major directory service and I felt the list was
>worthless, so I sold it to my employer. I continued to maintain the
>list for a little while but it became pretty pointless and so the one or
>two grand I got for it was at least something. I think that there are a
>lot of links to the old list location at Spectracom. I've heard that
>Google prioritizes search results according to how many sites link to a
>certain site so that might explain why Spectracom is at the top of the
>list for a search for me.
>
>
>
>Last summer, I had a vivid dream where I was a kid again, but with the
>same life experience I have now. Sure, I missed my family but I got to
>live my life over again with everything around me happening the same way
>except that I had the knowledge of what was going to happen. I woke up
>well before 1991 came around but in daydreaming I fantasized that I had
>the foresight to turn it into what Yahoo eventually became.
>
>
>
>In its heyday, people were goofy about the list. In college, I'd go to
>parties like other students but someone would find out who I was and
>funny things would happen. One time, this guy told me how much he liked
>the list, but how I had to put hacker sites on there and stuff. I told
>him that I wanted to try to keep the list family-friendly and honest.
>Another time, a guy at a party found out who I was and ordered his
>girlfriend to bow down to me. That's just plain nuts. I only expect
>that from family members. ;-)
>
>
>
>Thanks for letting me intrude,
>
>-Scott
>
>
>
>yanoff_at_yahoo.com | http://www.yanoff.org | AOL IM: SAY KJY
>
>
>
>
> _____
>
><< ella for Spam Control >> has removed 2738 Spam messages and set aside
>204 Newsletters for me
>You can use it too - and it's FREE! www.ellaforspam.com