Where conceptual art merges with the recycling of thoughts and views

At one time or another, most of us have been in the situation where we become enthralled with the thought of learning a new endeavor.  Whether it's learning to play a musical instrument, sailboarding or taking photos, a level of financial commitment is involved. For example, if we're learning to play the saxophone, renting or buying an instrument is usually a necessity unless we're fortunate and know someone who has a spare they can loan us. In the typical scenario, we don't have an option to borrow the equipment, so we'll need to spend money.

One of the questions I've always struggled with is how long to investigate the choices before deciding what to buy in regards to equipment. Is there value in taking the time to learn about the subject by reading as much background material as possible before making an investment? Or is it wiser to get started quickly by investing making an early investment in entry-level equipment? The more complex and expensive the entry costs, the more likely the decision will become a roadblock on the pathway to progress. 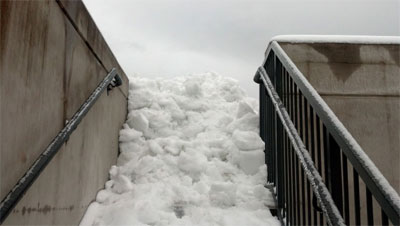 If we take our time and research, our ability to make wise choices increases dramatically. We might even be able to skip purchasing entry-level equipment and buy (or rent) professional gear. But there is a common pitfall hiding on this path. A person can become a read-only participant who gathers information but does not put it to use. I'm not knocking book learning. Theory and background information is crucial in creating a solid understanding of how everything fits together. But without dirtying our hands in practical exercise, we won't learn from the best teacher: failure. Simply stated, when we fail, it captures our attention. We focus in order to learn what went wrong. We add the experience to our knowledge and have a much better chance of succeeding as a result.

That leads us to the second situation of diving in and buying something even though we don't fully understand the problem domain. The advantage of making an early (potentially throwaway) investment in entry-level equipment is that we obtain hands-on experience quickly. By investing in something we can work with directly, we move out of the hypothetical classroom and into a real-world environment where we learn through complexities of failure and success. Of course, this choice isn't without its associated risks. It's possible we will make limiting choices in the equipment we select. By not knowing the intricacies, we have use judgment which is usually based off articles we've read or opinions we've solicited. And considering how most everyone has a unique style, what other people suggest might not match our own needs. Ah, so what is a person to do?

Let's look at a real scenario. In my case, when the photography bug bit me, it sunk its teeth in pretty deep. I had to make a number of choices about how to feed my new addiction. At the time, I had an aging Casio point and shoot. While it did take pictures, the results were far from aesthetically pleasing. Not only did it produce grainy pictures, but the screws holding the camera body together had fallen out. I used tape to hold the camera body together because I couldn't find screws small enough to work as replacements. The point being, the camera had seen better days and I wasn't going to be taking any award winning photos with it. Did I mention how it would randomly re-enable the flash without my explicit instructions to do so? Having a camera flash in “No Flash Allowed” area doesn't earn you many friends and can get you thrown out of places fast. So bye bye Casio.

Being a hands-on learner, I decided to invest in entry-level equipment. I took several weeks to read reviews and compare different cameras from well known manufacturers like Canon and Nikon. After I'd thumbed through enough web pages to gain a fundamental understanding, I plunked down my hard earned cash on a Nikon D3100. And for the first few months, I was thrilled with my choice. But eventually, I started to push the camera harder and some of the limitations of my choice became evident. Keep in mind, the features I'm going to mention are not on entry-level equipment nor did I have enough experience to think about them before my purchase.

Using the camera in the field helped me recognize the types of photography techniques and activities that interest me. As a result, I am in a better position to judge what would fulfill my requirements. For instance, I wouldn't mind going outside to take photos while it's raining. Since rain and Seattle go hand in hand, a weather-sealed camera is good choice. Unfortunately, the D3100 is not weather-sealed. Another issue is the burst rate the camera can takes pictures at. To be fair, the D3100 is on equal footing against the other entry-level cameras with its 3 frames-per-second (fps) rate. Nonetheless, I suspect I've missed a number of “candid” shots because the camera couldn't buffer the photos fast enough. Obviously a person has to pay for a fast frame rate but I would be willing to invest more knowing what I do now.

So, if I had it to do all over again, would I make a different choice in gear? Yep, but that's because I have more experience under my belt. I know photography isn't a passing fancy for me and investing in a “beefier” camera (if I had the money) would be money well spent.  But would I take more time to study beforehand this time around? No, I don't think so. I made the right choice of diving in quickly with buying the D3100. It put the camera in my hands where I could stop being an armchair surfer and start taking pictures.

In the end, each of us must decide how important an endeavor is in our life. The most important thing is to do more than dream about it. Gather the information you need then take action. If you make a mistake, go ahead and raise your fist in anger. Just remember, we can learn from everything we do. And when the end of the day rolls around, sit back, relax and give yourself a well deserved pat on the back for being involved in life. 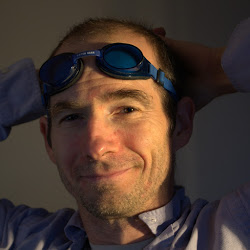 A man on a journey to learn about
society, culture and art in order to
write compelling fiction.