Photo courtesy . Jason Evans
I was setting on the sofa the other day and experienced a weird sensation; my left ear sort-of rumbled and I heard a distinct sound of rushing water. The whole thing lasted all of maybe ten seconds and was not accompanied by any other "symptom."

Now if there is one thing I really enjoy about the internet it is my ability to run off to visit an endless number of "quacks" when experiencing even the slightest of ailments. This ear thing was just weird enough that my curiosity was piqued to the point of requiring a visit to Doctor Google.

I must confess, I did not get to the bottom of my concern because I came upon the following blog post which restored my perspective (an important quality to maintain if one is to ward off cyberspace induced hypochondria.) 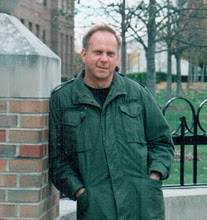 A few days into the new year I contracted a virus and lost nearly all of my hearing in both ears. The degeneration occurred over three disheartening days, at the end of which I could only hear people if they shouted in my face.

Otherwise stifling, suffocating silence. Frustration rising to panic as I banged objects known to produce distinctive sound waves yet sharing none with me. Finally a macabre claustrophobia, the feeling of having woken up inside a buried coffin.

As I was about to discover, however, gifts come in strange packages.

I visited an ENT doctor immediately, of course, and declaring myself an emergency, got in right away. My community of 43,000 is a medical mecca, with numerous clinics and several large hospitals. I sometimes refer to it as "the Mayo Clinic of Germany." Given that German medicine is unsurpassed to begin with, I have the best doctors in the world at my service. When your dermatologist has to schedule you around his international lecture tour, you don't need the Yellow Pages anymore.

My ENT played around with a tuning fork, said my problem would "probably" repair itself, and told me to go home and be patient.

I went home and tried to stay focused on writing and reading, activities that not only don't rely on external stimuli, they tend to dampen them. They make you forget you're deaf. But you can't write and read all the time. After a few days I was in such a panic I was nearly hyperventilating. That I would "probably" recover wasn't good enough. I wanted out of that coffin. Yesterday a friend ordered my ass back to the doctor to insist he do something.

He did. First, though, I have to tell you how I learned to trust doctors.

I'd been experiencing soreness deep in my chest, exactly where I thought my heart should be. A dull ache, deep deep down. The family practitioner listened to my description, then without even lifting a stethoscope informed me there was nothing wrong with my heart: it had to be a chest muscle. I must have put too much stress on one of the muscles in my chest.

What a quack, I thought. Here I was dying of a heart attack at his very feet, and without examining me at all he concludes there's no reason to call the priest. Besides, I was aware of all my recent activity and I'd done nothing to sprain or strain the muscles in my chest.

Back at my office, leaning over my light table, I realized I was pressing my torso against the edge of the table as I worked, making firm contact at the very spot where I was experiencing soreness.

So when my ENT said, "Trust me, it was a virus, it's gone now, your tissues are swollen, your passages are blocked, you will heal," I wanted so badly to believe him. He must have taken pity on my Eeyore expression for he said, "Watch, I'll prove it to you." Using a hand pump, he blasted air into my sinuses.

Hallelujah! For about fifteen seconds I had almost all of my hearing back. I wanted to sing. But the passages closed again, as he warned me they would: I needed to wait, he said, perhaps weeks. The tissues would heal themselves. I asked him to blast-thingy me again, and he did. This time I noticed the sound of running water, and looked around in surprise: we were in a doctor's office. It couldn't be. The sound must have been coming from inside my own head.

"I hear running water," I told him.

"It can't be my imagination!"

He pointed out the window. Sure enough, the sound was coming from cars passing on the street outside. My brain was unable to resolve a familiar noise after only one week of deafness. Imagine what a year would be like. Or a lifetime. It was cars, not water. I wouldn't have believed it had my eyes not corrected me.

I asked him to blast-thingy me again, and again. I was euphoric. I could hear his chair squeaking! He said I could come back every day if I wanted, and get blast-thingied, and enjoy some relief from the suffocation. But I declined. There is no such beauty as that for which we yearn, just beyond our grasp.

Turn off every noise in your hearing radius, even the little ones, the ticking of your clocks. I keep a fan running at my side, and one next to my bed, and the way I test them now, to see if they're on, is to place my hand in front to feel if air is moving. Turn off every fan, every sound. Your own voice too, your breathing, the subtle rustle of your clothing. After a few days of total silence a slice of your reality will dissolve away. Deaf people have a different take on things, naturally. But it's not just a different angle or perspective. It's a view of a universe that is a fraction of the size of ours.

There's a spirit of protest in each of us, an evolutionary defense mechanism designed to keep us from slipping blithely into that good night. Under normal conditions it's dormant. When threatened with loss of life or the essential tools of living, it emerges as an outcry, a clamoring for illusory and fickle justice, a sword wielded in often capricious desperation.

I've been handed a gift, an insight into those who want no more than to burn their crutches. I get to walk. I get to see. I get to hold my daughter in my arms. Within a couple of weeks, my doctor assures me, I get to hear again too. Until then I'll putter about the house, whistling out of tune, waiting for the opportunity to drag a chair to the sidewalk. Sit facing the street. Eyes closed. Listening to the sound of running water.

Addendum (9 February): I've since regained hearing in my left ear. The right ear comes in and out. When I first heard again through my right ear I was reading in bed with a fan blowing at my feet. Through my left ear I heard the fan, and through my right ear, for about five seconds, I heard running waterï¿½until the sound was resolved and I heard a fan through both ears. The sensation was one of the most bizarre I've ever experienced.

'Nother 'dendum (10 February): My ENT made an incision in my right eardrum to release trapped fluids, and now I have very good hearing in both ears.

'Nother 'dendum (16 February): My hearing is fully restored. If you're ever in Bad Kreuznach, Germany, and you go deaf, I have just the guy for you: 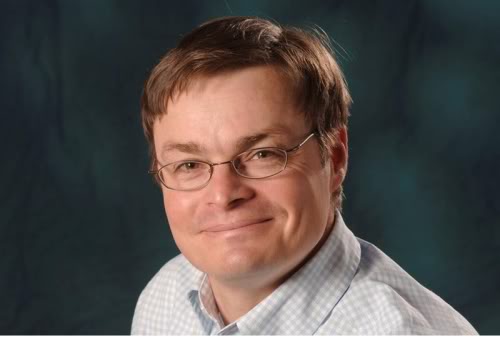