Since it was Father’s Day here in Sweden yesterday - yes we know it varies around the world - we thought we’d pay homage to some of the people behind the Internet as we know it today.

Some of the obvious choices would include Vint Cerf and Bob Kahn for TCP/IP, Vannevar Bush for much of the conceptual thinking behind the Internet, Ted Nelson for coining the word hypertext, Tim Berners-Lee for the World Wide Web, Marc Andreeseen for co-authoring Mosaic, and many others.

But why go for the obvious? We thought it would be fun to give some credit to a few lesser-known contributors to some technology or product that is a part of Internet history. These are guys who have made important contributions that affect us all but that may not have received the same accolades as others. So even though this didn’t exactly turn out to be a Father’s Day post, let’s take a look.

Graphics Interchange Format or GIF was the standard picture format for the Internet for a long time. Who doesn’t remember the walking lights and dancing bananas that we could enjoy on web pages all over? The graphics format was created by Steve Wilhite in 1987 while he was working at Compuserve. Although GIF has largely been replaced by JPG and PNG, there are those that suggest there may be a resurgence for GIF. 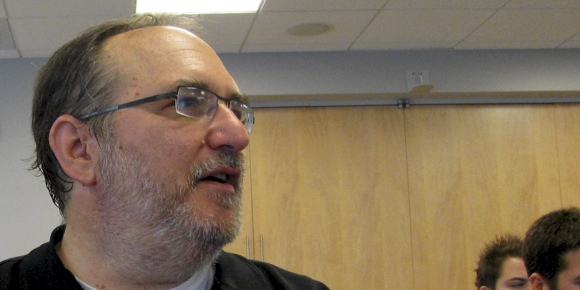 There’s quite a bit of confusion about this one so we’re sticking our necks out a bit. Some sources say that RSS or Real Simple Syndication has its origins in RDF and that the first version of RSS was created by Dan Libby and Ramanathan V. Guha at Netscape in 1999. However, we feel there is no one person who has done more to popularize RSS than Dave Winer so that’s why we pick him. 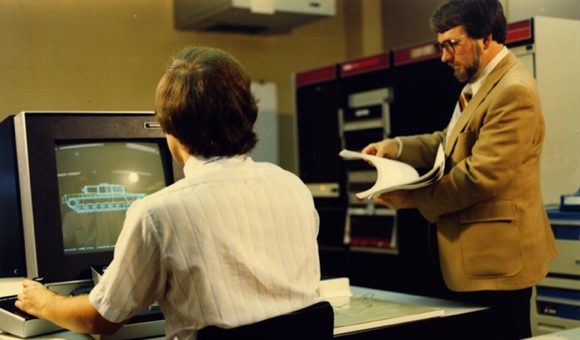 Mike Muuss working with BRL-CAD on a PDP-11/70. Picture courtesy of Wikipedia.

The simple little tool ping was created by Mike Muuss in 1983, apparently containing only 1,000 lines of code. It has since made its way into almost every operating system available today and is a valuable tool for network administrators around the world.

As with many other Microsoft products Internet Explorer did not originate inside the company. Version 1.0 of the web browser was a reworked version of Spyglass Mosaic, which Microsoft had licensed from Spyglass in 1994. Thomas Reardon at Microsoft took the Spyglass code and developed it into Internet Explorer 1.0, released in 1995. Although Internet Explorer has been slipping in the statistics lately, it is still used on for over 40% of worldwide browsing from computers, according to Statcounter. 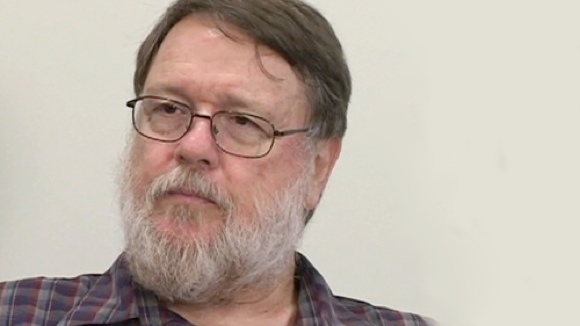 In 1971 Ray Tomlinson needed a character to separate the host from the user in an email address and looked down on his keyboard. He found the @ sign and called his choice “obvious.” Today the at sign has spread way beyond email and can be found in social media, chat, discussion forums, and more.

We should perhaps call it smiley emoticon instead but simply smiley has such a strong grip in our culture that we’ll stick to it. Scott Fahlman posted to a message board at Carnegie Mellon University on September 19, 1982, suggesting that “:-)” could be used to denote a joke and “:-(” used for something that is not a joke. Things took off from there and now we use these character sequences in most forms of text-based digital communication. 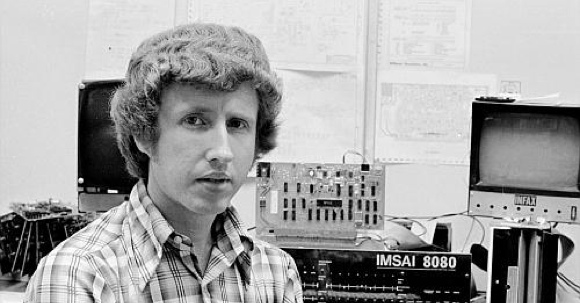 You have probably heard what they sound like, with that high-pitched squealing noise while it connects; you may even remember having to wait for a bit while two modems negotiated speed. For many users a dial-up smartmodem was the way to get connected to the Internet for a long time. Even though most of us live in a world of broadband ï¿½ wireless or wired ï¿½ there are still users who need dial-up. Credit for the first smartmodem, released in 1981 and operating at 1 bit per second goes to Dale Heatherington working at Hayes Microcomputer Products.

BIND (Berkeley Internet Name Domain) is probably one of the most important pieces of software you didn’t know you use on a daily basis. It runs on the majority of the world’s Domain Name Servers. In the most recent survey by The Measurement Factory from October 2010, BIND ran on 34.2% of the almost 800,000 hosts that replied during the test. BIND was developed by Douglas Terry, Mark Painter, David Riggle and Songnian Zhou at the University of California, Berkeley in the early part of the 1980s.

PHP is currently ranked in fifth place in the TIOBE Programming Community Index but regardless of rank there’s no denying that it’s an incredibly popular scripting language, powering a very large portion of today’s websites. Lerdorf was the original creator of PHP in 1995 and also also authored the second version.

It’s not directly related to the Internet the Intel 4004 has arguably had an immense impact on the development of the net. As the world’s first single chip microprocessor, we can today find direct and indirect descendents of the 4004 in computers, smartphones and tablets everywhere.

The chip was designed by Federico Faggin, Ted Hoff and Stanley Mazor of Intel, and Masatoshi Shima of Busicom. The 4004 was introduced in 1971 and held 2,300 transistors. In comparison, Intel is talking about introducing Ivy Bridge, its next generation processors, in 2012, with 1.4 billion transistors.

So there you go, some of the brightest minds that have been working on cool and exciting Internet technologies over the last 40 years or so. These guys have perhaps not been given the frequent headlines like some of their colleagues but we hope we’ve been able to tell you something you didn’t already know about some of the things you use every day.