Check out the animation below for a sneak peek at
SpaceX’s exciting plans for the future.

Re-usability is key to the dramatic cost savings that will enable advancements in human exploration of space. The Dragon spacecraft is fully reusable and SpaceX is working toward the goal of delivering the worldï¿½s first fully reusable launch vehicle. Source: http://www.spacex.com spacex-rtls-green.mp4 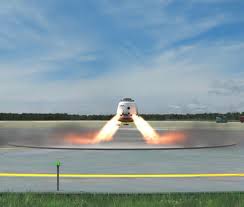 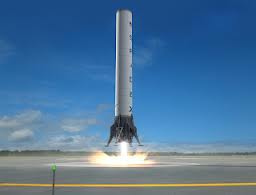 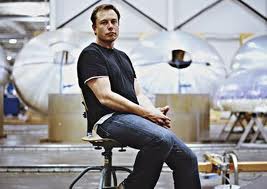 Elon Musk is the chief executive officer and chief technology officer of Space Exploration Technologies (SpaceX), which develops rockets and spacecraft for missions to Earth orbit and beyond. Musk served as chief engineer for Falcon 1, the first privately developed liquid fuel rocket to reach orbit, as well as Falcon 9 and the Dragon spacecraft. In 2008, SpaceX won the NASA contract to replace the cargo transport function of the Space Shuttle with Falcon 9 and Dragon. President Obama and NASA Administrator Bolden decided in 2010 to outsource astronaut transport to the commercial sector. F9/Dragon is considered by many to be the leading system for that role.

Musk’s other primary activity is serving as CEO and Product Architect of Tesla Motors, where he has overseen product development and design from the beginning, including the all electric Tesla Roadster and Model S sedan. Musk is also the non-executive chairman of SolarCity, the leading provider of solar power systems in California.

Prior to SpaceX, Musk co-founded PayPal, the world’s leading Internet payment system, and served as the company's Chairman and CEO. Before PayPal, Musk co-founded Zip2, a provider of Internet software to the media industry.

In 2007, Musk was recognized for his work by Research and Development Magazine’s, receiving their Innovator of the Year Award. He received the 2007/2008 American Institute of Aeronautics and Astronautics award for the greatest contribution to the field of space transportation. In 2008, Musk was named as one of the 75 most influential people of the 21st century by Esquire magazine and received the Aviation Week 2008 Laureate for the most significant achievement worldwide in the space industry.

In 2009, the National Space Society awarded Musk their Von Braun Trophy, given for leadership of the most significant achievement in space. Most recently in 2010, Musk was recognized as a Living Legend in Aviation by the Kitty Hawk Foundation for creating the Falcon 9 rocket and Dragon spacecraft.

He has a physics degree from the University of Pennsylvania, a business degree from Wharton and currently serves as a member of the Stanford University Engineering Advisory Board.